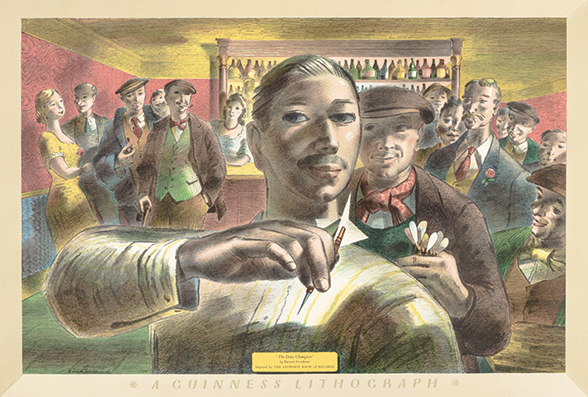 Barnett Freedman (1901-56) was an artist / designer from a Jewish immigrant family who grasped the technology of his time and made it his own. Freedman’s auto-lithographs conjure a spirit of mid-century Englishness with such warm familiarity that it is easy to forget how non-establishment he was – the designer of the King’s Golden Jubilee stamp (1935) whose own parents had arrived from Russia a few years before he was born. Freedman’s early years and youth were marked by ill health and poverty, but he nevertheless acquired a substantial education, together with a gift for leadership and skills in music, drama and art. His fellow students nicknamed him ‘Soc’, short for Socrates. At the height of his career, printers called him ‘Captain’ …

Barnett Freedman’s melancholy cover and spine for the first edition of Memoirs of an Infantry Officer (1930) by Siegfried Sassoon.
Top. The Darts Champion (1956) is one of Freedman’s last works, a Guinness lithograph that shows its subject from the point of view of a pub darts board. 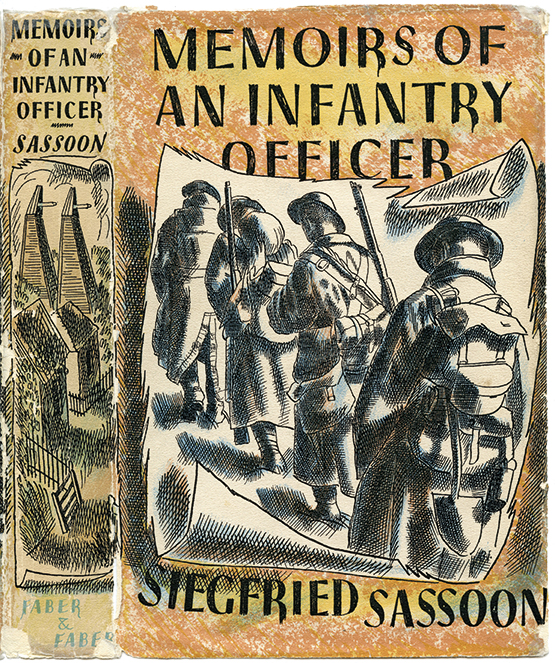